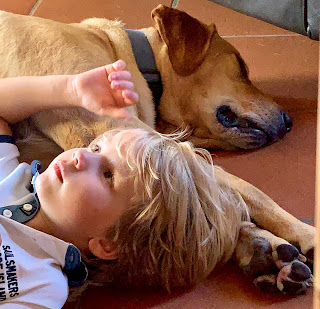 It is Sebastian’s fifth birthday. I had wanted to make it one of those memorable birthdays. When my older son Jacob, now 18 years old, had turned 5, it was a special experience he still vividly remembers. We took him to an area in Maryland where wild horses still roam free. Being a young, horse-enthusiast whose favorite movie was The Man From Snowy River, and having read a story about these wild Maryland horses, he was elated to get to see them with his own eyes. Not only did he see some of these horses, but our journey took us to a seashore. Even though we had no beach gear with us, we let him play in the waves. He crashed into waves as they beat the shoreline for several hours. It’s as though he went into a different mental zone and lost all sense of time and space. He just let himself tumble in the waves over and over. It was an ethereal experience for him.