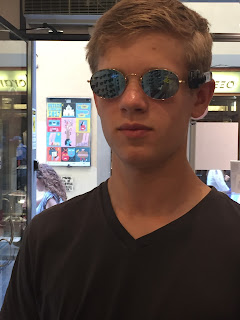 Jake has had a big summer.  He decided to “take” my class, Philosophy of the Human Person.  He was going to sit in on it with the seventeen college students who had signed up for it.
But he wound up doing the readings, to make it worth while.  That led to him writing the first paper.  Then he took the plunge, and chose to take the final exam and write the second paper.  He’s putting some of the students to shame!
It was truly a new frontier for me a a mom to have my son in my classroom, and for him to enjoy it so much.  We had rich discussions outside of class ranging from relativism to realism to Descartes and modus tollens. 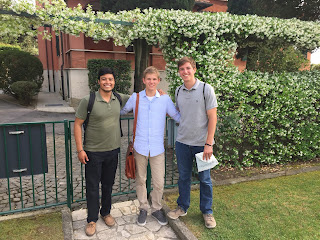 Jake went into Rome without any of us, his family, taking two students with him.  They did a walking tour of churches in Rome.  They got into and back out of the city on public transportation.  I joked that it was like his bar mitzvah, becoming a man!
What a rare privilege it is for me to have him as my son!
Uncategorized