Sebastian and I watched Lawrence Olivier’s Hamlet yesterday, and I narrated what was happening throughout. Sebastian clenched my arm, buried his face in a pillow, and at other times could not unglue his eyes from the screen. The whole rest of the day, he asked me questions like, “Why would Claudius have killed Hamlet’s father in the first place?” and “Did Hamlet and Ophelia both go mad for the same reason?” Astute little fellow.
Then, he, Annie and Leigh put on a tremendous re-enactment of the tragic story. The murder through the curtain was the most scintillating part, and poor Polonius died over and over in our version of the play. Sebastian loved the fact that in the final fight scene, Sir Lawrence Olivier had a dagger in one hand with a sword in the other. That, I predict, will be the new normal for Sebastian’s Nerf sword fights. Why have one weapon when you could have two?
Lesson learned: Don’t murder anyone. It goes really badly. 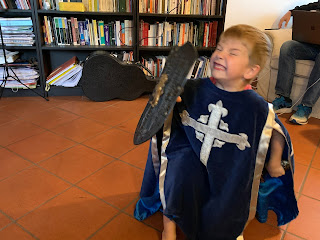 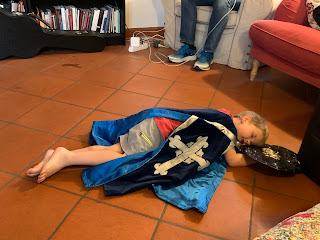 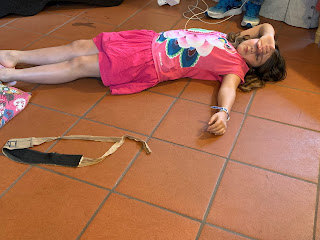 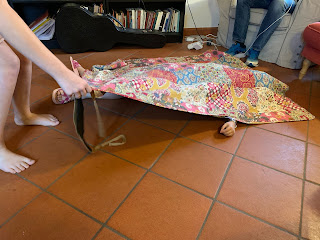