For all of Clare’s nine years of life, she has struggled with feeling at a disadvantage.  It must be hard, coming after Golden Child Jake and Sparkly Mary.  It must be even harder, being bypassed by Adorable, Brilliant, younger sister Leigh.  Clare is not obviously gifted in her intellect, in her artistic ability, in her musical ability, in her athletic ability–she sees how she compares negatively to her siblings in many areas and feels bad about herself often.  It has been a constant part of my daily work, finding what is special about Clare and speaking about it to her and others: she loves bugs, animals, nature, science, baking pies, cooking eggs, and alone time.  I am constantly shedding light on these gifts.  I am constantly praying and working to help her see her unique beauty and value as a creation of God.  But it is an uphill climb.  She always feels unlucky.
Well, this Christmas, she asked for a guinea pig.  I emphatically said no, she could not ask Santa for such a thing, that we could not handle another living creature in the house.  She said that she loves animals and would gladly not ask for anything else if she could just have this one pet, all her own.  I told her that, if Santa dared come into our house with a guinea pig, I would wrestle him and kick him out, guinea pig and all.
Well, on Christmas morning, guess what was waiting for her: 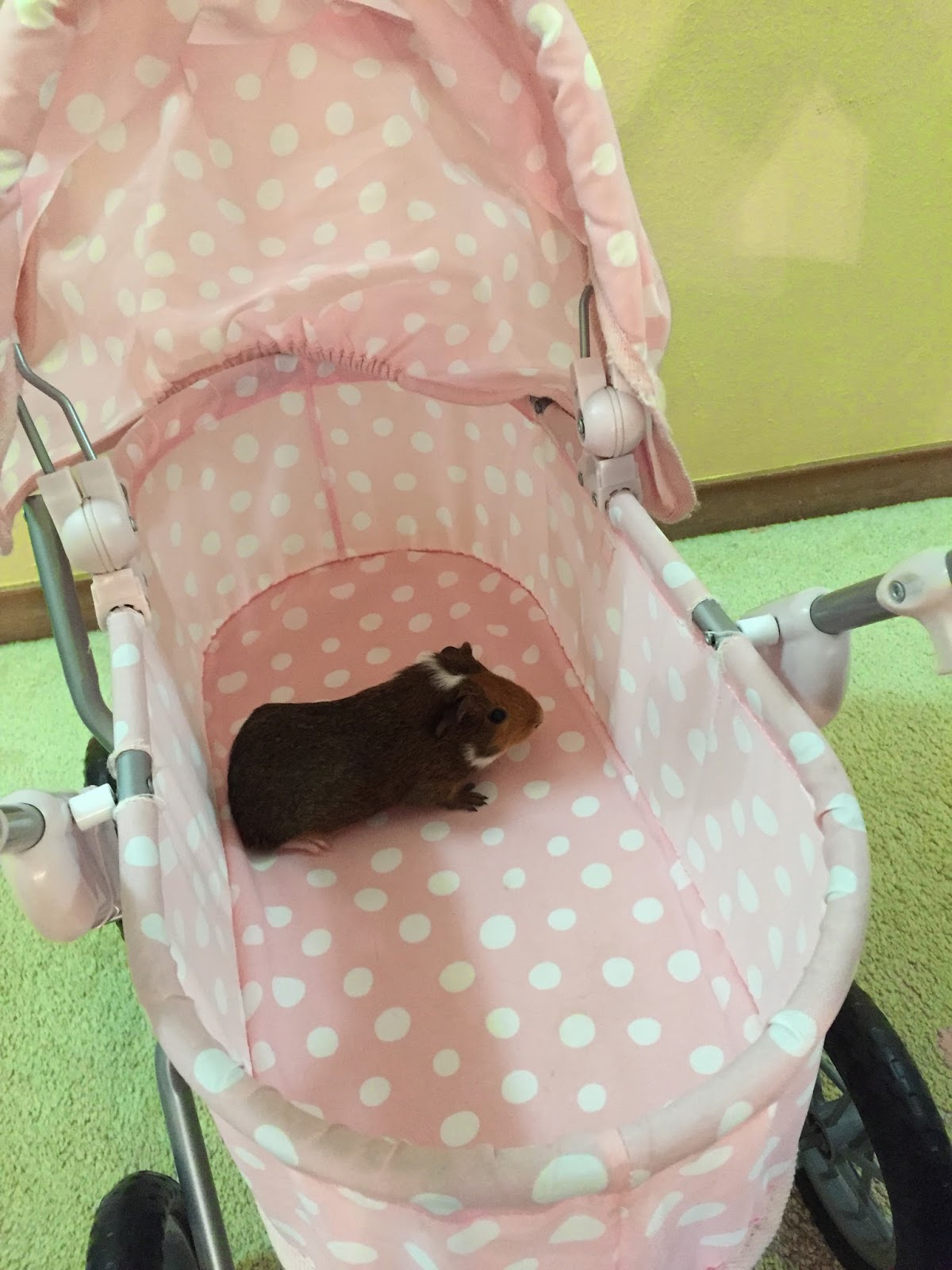 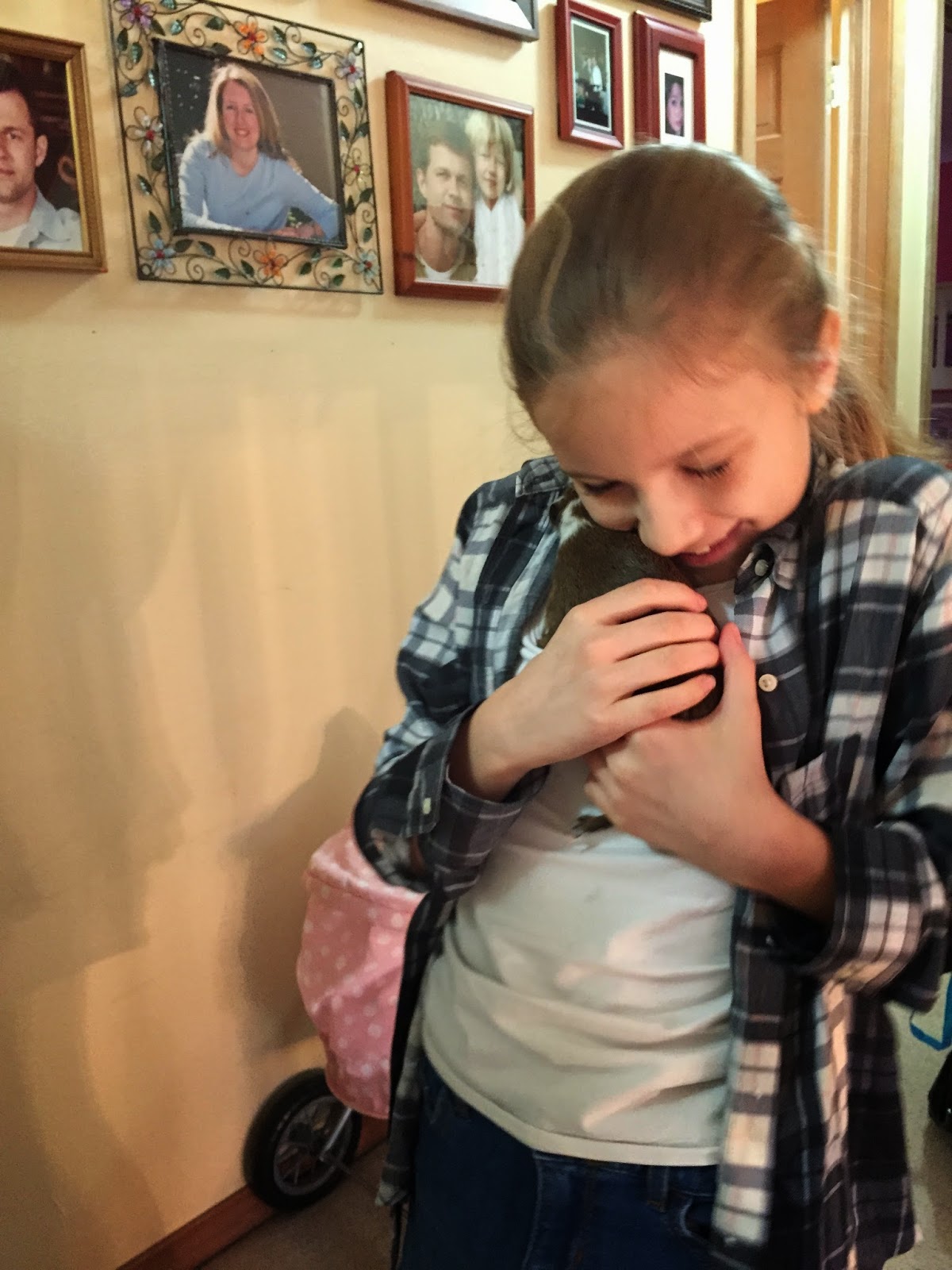 As I came down the stairs on Christmas morning, many hours after the kids had been down there (Jake had set an alarm and awakened the girls at 5:30!), Clare announced, “Santa DID bring me a guinea pig!  I’ve named him Lucky!”
I asked, “Why that name?”
She said, “Because I am so lucky to have him!”
I almost cried.  I do not think I have ever heard her say that she is lucky about anything.  I was overjoyed that she had decided to cement in the feeling, by making “Lucky” the name of the darn critter.  Ad she said, it is SHE, not the animal, who is lucky.  The name is a reflection of herself.
As much as I hate that guinea pig, I am thrilled that all that work at building her up is finally becoming her main reality, her dominant feeling or understanding of herself.  I hope to hear that guinea pig’s name every day!!