Posted by Kathryn Rombs
In Uncategorized
Jacob and I finally joined the ranks of half-marathoners this Sunday, ranks to which Ron has belonged for some time, now.  The three of us ran the Cowtown, Ft. Worth’s annual marathon, with a half and an ultra.
Notice that we have 2 before pictures, and I even managed a “during” shot.  But there is a noticeable absence of an after shot!
Jake and I before the race 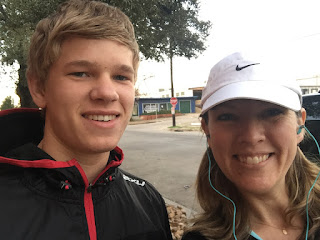 Ron, Jake and I before the race 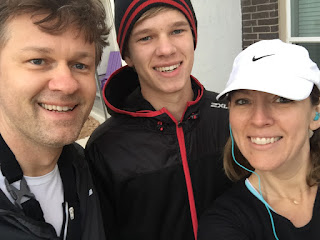 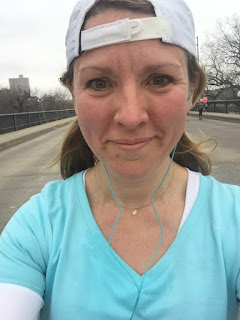 The last mile, I cannot say I was running, or even jogging.  I mean, I thought I was running, until a lady walked right past me, chatting it up on her cell phone.  She was going considerably faster that I was.  Was I walking?  Assuredly not.  Was I running?  Apparently not.  I suppose I was “scooting” or “shuffling,” kidding myself that I was running!  But did I start walking?  No!  I crossed that finish line running my heart out, at a slower-than-walk pace!
Uncategorized