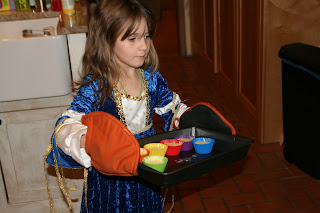 3. Old Maw Maw telling me that I had baked the turkey “to perfection.”  She was only being nice.  The turkey was actually a disaster–I had taken it out of the oven when the thermometer read 180 degrees, but it was undercooked.  So when we were all ready to eat, we carved into it, and it was pink.  I mean bloody.  So we put it in the oven and sat around for an hour and a half and watched all 10 other dishes get cold–including Maw Maw’s.  So when MawMaw made her comment to me, it was almost tongue in cheek.  You could practically hear the ensuing phrases that she was deleting as they passed through her mind!  But I decided to take the compliment anyway, and so it ranks in my top 3! 🙂

2 thoughts on “favorite moments this Christmas”